Order 66 Remix – The Story Behind the Sci-Fi Music 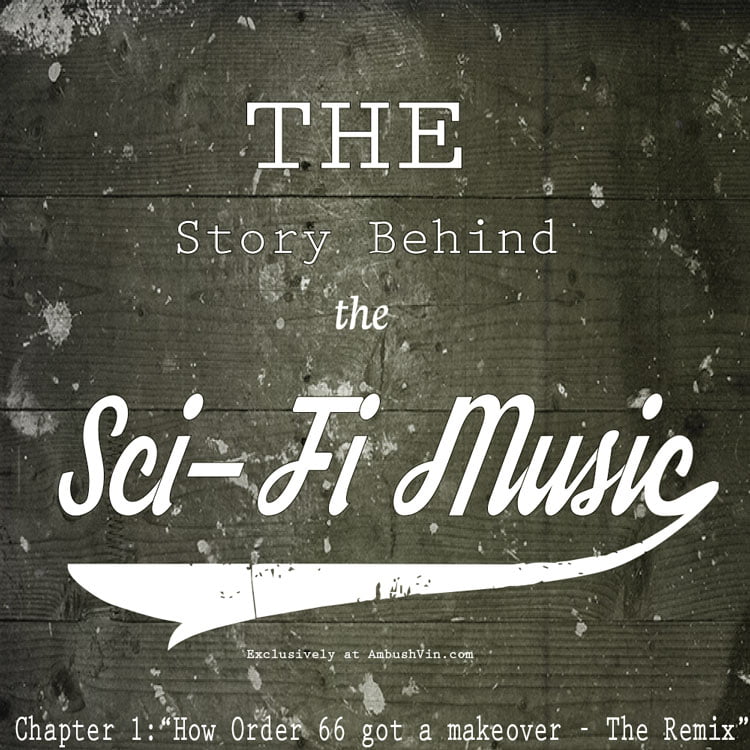 The Order 66 Remix has a great story behind it! There is a tale behind each one of my songs, and I would like to share ALL of them with ALL of you! Each Monday, I will choose a track, and share the ‘Story Behind the Sci-Fi Music”, as well as the song, with you guys. Thank you for reading and listening, and don’t forget to download each track in this column for free after the article!

Anytime I get the chance to collab with a dope emcee, I jump at it!

Especially when it’s a collab with multiple dope emcees, it’s like a smorgasbord of epic Sci-Fi Music for a hungry audience. I never thought that I would ever have a collaboration track of Order 66’s (Earth Prime Remix) caliber on one of my projects. The ironic thing is, it was literally a last-minute track that almost didn’t happen.

How Order 66 got remixed

I was wrapping up the mastering phase of Tales From the Multiverse, and me and my studio engineer, Jason Pamon, were talking about Sci-Fi. I’m always trying to get him to watch Sci-Fi movies or shows, and he’s been trying to get me to watch Game of Thrones for the longest.

(I finally did by the way Pamon! I’m on Season 4. But, have you watched Star Wars yet?!)

I’m all into parallel universes and dimensions, quantum theory, quasars, etc. because I am SUCH a geek in real life. I was telling Pamon how grimy the events that followed the order to execute Clone Protocol 66 were. But, he wasn’t understanding, because he’s never seen Star Wars.

So, I broke it down using examples from our own reality. While we were talking, as I often do when I have an epiphany (it’s a bad habit, but I just have these “Gadzooks!” moments), “I gotta do a remix for Order 66! But, in this universe!”

I know Pamon was thinking, “What the hell?!” because it literally came from nowhere. So, we stopped mastering the EP, all because of this all-of-a-sudden epiphany that I had. At the time, I was trying to do a new EP each month with a different producer.

Tales From the Multiverse was produced by one of my favorite go-to producers, DJ Radiohead.

Luckily, I had a few extra tracks laying around that I purchased from him, so it wasn’t a problem to find a track to vibe to. However, once I found the track that I wanted to use, something still seemed…off.

Features! I wanted them to share their take on what Order 66 would be like in this reality. Even better, I wanted them to tell it as if they were seeing thing through their own eyes, from a first-person’s view. The original song was somber and melancholy. The remix HAD to be arrogant and cocky. I had the perfect emcees in mind for this track: Ish1da, Ekaj, Le’ Real, and Rhyme Artist.

The best part about it, the stars aligned and everyone sent their vocal stems within 4 days! Now the only thing that was left was to write and record my verse. For those who know me, it’s no surprise that I hadn’t written my verse yet. I am so last-second all the time. Most of the music I write is written within two hours of my studio appointment. It never takes me longer than 4 hours to write a song. Probably because I’m my own worst critic. If I sit on a song that I wrote, I will analyze it to death, hate it, and then write it over again.

So, I finished writing my verse at the studio while Pamon was mixing everyone else’s vocals. After I laid it down, Pamon was like, “You ready to do the hook?” I’m like…

Damn, forgot all about that. I probably had like 30 minutes left until Pamon had another session. To be honest, I just got behind the mic and spit the first words that came to the dome. After a couple of takes, we had a hook put together. I don’t know how Pamon did it, but he still had the song mixed before the end of the session! Crazy.

Palpatine would be proud…

And that’s the true story of how a group of Moderators and Produced by Pamon ‘Order 66’ed’ the Order 66 (Earth Prime Remix).