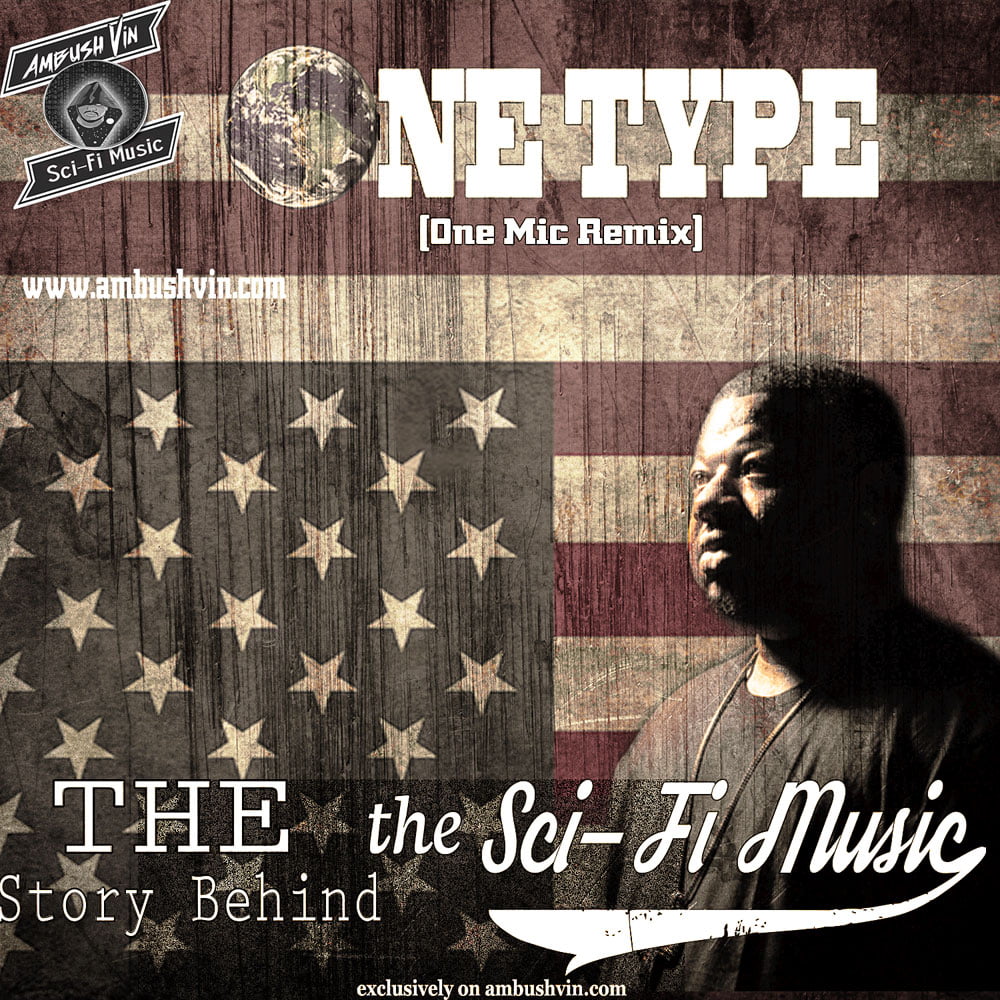 One Type is one of those songs that most of ‘Murica would label as controversial.

Luckily, I don’t look at ‘controversial’ as a reason to run away from a topic! It all started with a blog that I had in the distant past…

Okay, it was only a few years ago, back when I was actually considered a Progressive. That seems like a far contrast from my current Libertarian-borderline-Anarchist-we-really-don’t-need-a-Federal-Government-for-anything-other-than-minimal-tax-regulation, interstate-commerce, military, and-social-security views.

For the record, I don’t believe in hyper-partisanship. It’s destroying our country. Everyone has the right to have their own opinion and mindset, we aren’t clones. People also have the right to be respected, regardless of different opinions. That is, unless you promote hate or prejudice, then YOU can kick rocks! I will never respect anyone who promotes division of any kind. We all are human, no one in our collective is any better than another.

And no, you don’t have to agree with that opinion either! But, we can still get along.

A Tale of Two Friends

Anyways, in 2016, I lost a lifelong friend due to my political opinion. This was someone who I had grew up with, broke bread, and grinded with. The opinion?

For the record, I don’t support Donald Trump. But, then again, I didn’t support Barack Obama either. Or, any other President for that matter. Well, maybe Eisenhower (the Interstate system makes travel sooo much easier!) and Lyndon Johnson (for obvious reasons. He had the balls to be “radical”).

The debate turned into an argument after he found out that another one of our mutual friends supported Trump for President. The conversation went something like this:

Me: “Sam (not real name) has the right to support whomever he wanted to for President.”

Friend: “He’s BLACK! How can he support this dude? I’m done fu–in’ with Sam bro.”

Me: “Because of who he supports for President fam? That sh– is stupid. That makes him a different n–ga than who we grew up with? I think he’s trippin’ too, maybe he’ll snap out that sh– one day. But, that’s my dog and Day One, ain’t no way I’m turnin’ my back on that! “

Friend: “You can f— wit that bogus a– n–ga if you want to fam. I’m not fu–in’ with either one of y’all. Y’all need to wake the f— up, this already ain’t our country. N–gas like y’all make it worse, Uncle Tom ass.”

I was bothered by this exchange for a few weeks. Not to mention, this same type of behavior was exploding across Social Media. The irony was, people were becoming even more clique-ish, compartmentalized, and hateful. All in the name of what they deemed to be “diversity”.

The world sees diversity as a surface term. Think about it, when we see a Black Man, White Woman, LGBTQ Christian, and a Muslim having dinner together, we consider them to be a diverse group. However, I’ve always felt that diversity was a much deeper concept than an organization of people who have different physical attributes. Those same four friends eating dinner together could have the same mindset, politics, and ideas of how the world should work. They have the same concept of how we should reach our goals.

In that case, does that REALLY make them diverse?

True diversity not only promotes racial and gender inclusion. In addition. it’s also about different mindsets and ideas. Diversity is not skin-deep, and it’s about time that we recognize that. One Type is all about people with different thoughts and opinions living and grinding together, respectfully.

I’ve always wanted to remix Nas’ One Mic. This is one of my favorite vibes ever, and up until 2017, I didn’t feel that I had a concept that was worthy enough to stand up to the original concept of the song.

I did now! It was time to call Pamon and make the magic happen.

All the World is One Type

After I released the song, I have to admit, I didn’t expect the huge positive response the song got. Maybe I was wrong. Was I underestimating the amount of people who agreed with my opinion?

To this day, One Type is my second-most played song on Soundcloud. I hope that everyone understands the message in the song instead of dissecting it in the name of hyper-partisanship. That would be the exact opposite of what the song is trying to convey. Every one of us lives in a glass house, nobody’s perfect. Reach your hand across the aisle and shake your fellow man’s hand. Encourage them not to be afraid to voice their thoughts or be who they really are. Live out Loud!

Or, we all will end up as One Type.