Simply Marvel-lous: A Letter to The One Above All 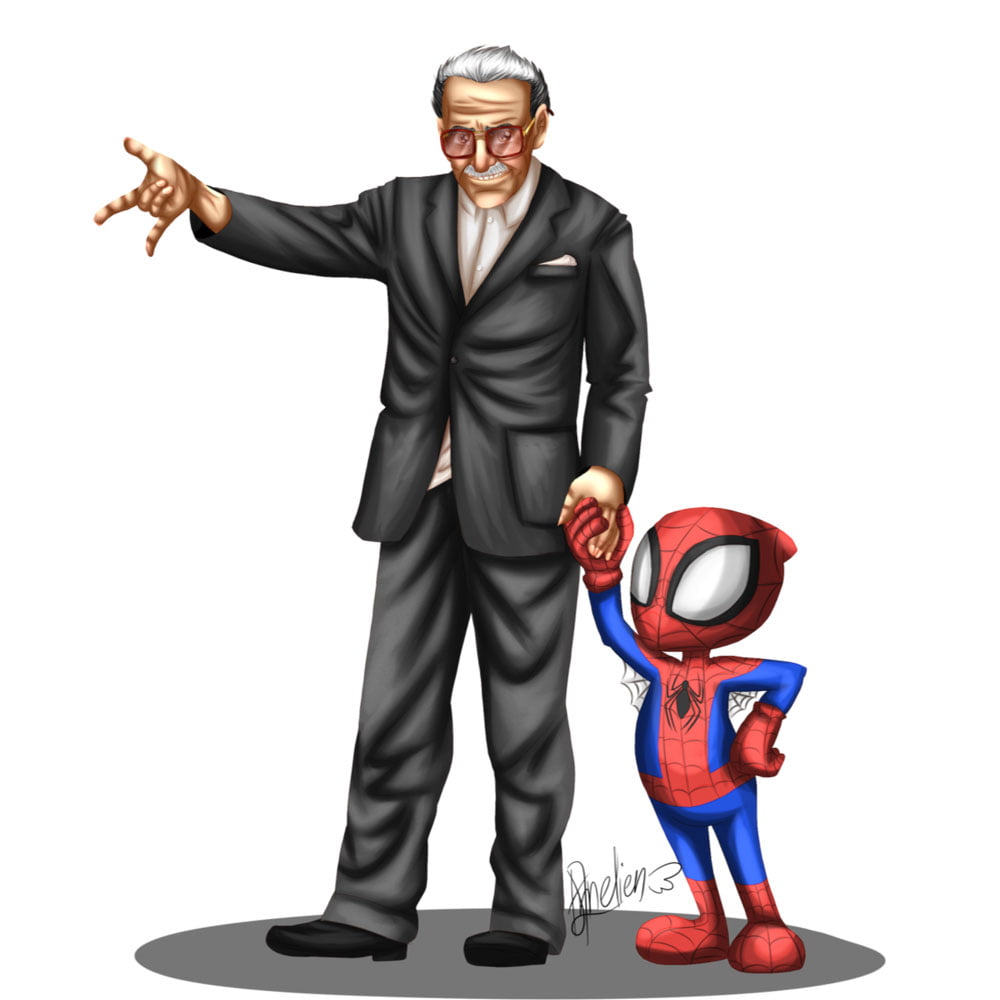 To the Most Powerful, Above-All-Things:

This week, we lost a cosmic icon. Before he completes his journey to you, I would like you to consider my story…

In 1984, my life was changed in ways that I would not understand until I was an adult.

That was the year that my Mom and Dad divorced, and I became the “man” of the house.

It was the year that I began to learn my first programming language, BASIC, on my dad’s Commodore 64.

It was the year that I was introduced to a movie called The Empire Strikes Back, which was my introduction to the galaxy of Star Wars. This was the beginning of my obsession with the addictive Sith, Jedi, Rebel…scum, and Imperial content.

But, the one event that defined my introduction to Nerd-dom happened on Christmas Day that year.

My Dad brought me my first comic book series, Secret Wars, for Christmas.

Sure, as a kid, we all watched Spider-Man and his Amazing Friends and adored Lou Ferrigno as The Incredible Hulk. But, comics…comics were something different, something special.

Comics brought my favorite characters to life in ways that TV or movies couldn’t. They humanized my favorite heroes, and villains, by telling us their background and stories. They had the same everyday drama that we had. This was important to an 8-year old kid. Although fictional, comics made a lot of kids in bleak surroundings begin to see the characters as inspiration.

Especially when I figured when I learned about the creator of Marvel, which was my favorite comic book publisher…

As a kid, I thought his chosen moniker was Stanley. Ironically, that’s also the name of a famous tool company. Like Stanley’s tools, Stan Lee’s creations would begin to build many new minds within urban communities. In the future, these same minds would be responsible for bringing our favorite fandoms, hobbies, and ideas en masse to normal people, in a hostile takeover of pop culture. There weren’t a lot of people in the 9 to 5 crowd who could tell you, like we could, about the happenings of Earth-616, which today is often mistaken for Earth-199999, aka the MCU. Unsurprisingly, a lot of us back then were bully fodder.

You have to understand something. This was the beginning of the crack-era. A lot of kids in urban communities were seeing paper like they had never seen before. The ‘hood’s heroes weren’t the Black Panthers anymore.

And Black Panther definitely wasn’t on the minds of urban kids in the projects. While I was IRL trying to figure out how to create a webshooter or trying to find out how to unlock my mutant powers, a lot of kids I knew were unlocking their secret hustling powers. Imagine, you never had a dime in your life, living with roaches and the occasional rodent. The wintry Midwest winds barged in uninvited through the window gaps and cracks, forcing families to put plastic over the windows and sleep with their kitchen ovens on.

Now, a 14-year old could buy a car, the new J’s, and have money left on an average night. On the 1st, the rockets really blasted off, as all of the geekers came from the suburbs on Earth to travel to outer space, via the wormhole inside the trap house.

Today, Nancy Reagan would have been known as a viral Infuencer. It seemed like her “Just Say No” campaign was making everybody say YES!

To be fair, I didn’t grow up in the projects, I grew up in a decent neighborhood. But, that doesn’t mean the unforgiving elements found in the ‘hood wasn’t also in the Hills.

I grew up with a lot of real ones. Some were blood family, some were ACTUAL family. As you all know, all fam ain’t blood. They all will tell you to this day, “Al…was a different type of ni**a.”

As a teenager, I took that as a bad thing. I wanted to be myself and fit in at the same time. I wasn’t a killer or anything like that, I could only do that if it was my life or theirs. But, my hands aren’t clean either. I’ll leave it at that.

In the meantime, behind brick walls, I was still obsessed with my comics. My collection, which was filled with Batman and Marvel comics, had grown to over 200 comics. Not bad for a poor kid who had to cut grass and shovel snow to buy Kmart clothes. But, I would always make sure I had enough money to do three things: buy the newest cassette by the dopest Hip-Hop artist, play the newest games at Aladdin’s Castle or Wonderland arcade, and most importantly, replenish my weekly comic book loadout.

I really began to understand the vision of Stan Lee in the ‘90s. This is when I first heard the rumor that Stan Lee and Jack Kirby created Professor X and Magneto based on America’s image of MLK and Malcolm X. In American history and media, both civil rights leaders had stereotypical images, in my opinion. Both men were portrayed as being two sides of a coin, instead of the three-dimensional panorama that they were. To me, this stereotyped image translated to Professor X and Magneto, because they both dealt in absolutes most of the time.

However, I believe that Mr. Lee and Mr. Kirby’s intentions were in the right place. Sometimes, we only have media images to draw a portrait of such respected icons. Remember, this was the 1960’s. This was almost a half-century before political correctness became the main characteristic of a whole movement. Some would argue, “Well, if Professor X and Magneto were based on Dr. King and Malcolm X, why didn’t Stan and Jack make them black men?” You could argue over the semantics, but considering the supercharged partisan atmosphere of today, I see them as visionaries.

They were two white men promoting tolerance, equality, and real-life solutions at the height of the Civil Rights movement. I grew up in Gary, IN, a city that was an island in the 80’s and early 90’s. Gary was surrounded by predominantly white cities whose police took pride in letting us know that we didn’t belong there, as they forced us out of our vehicles to search our person and the car.

At times, I felt like Magneto, a rebel with a cause, not willing to promote understanding or help pave the road to peace. If they didn’t accept me, then I wouldn’t accept them. But, the more I read X-Men, X-Force, and New Mutant comics, the more I realized that the reason why Xavier and Magneto could co-exist, as frenemies nonetheless. They could because they both had the same goal. They just had different methods of reaching that goal.

Stan Lee also had an uncanny ability to depict IRL social issues in his brand’s comics. Marvel’s comics tackled an array of topics from interracial relationships to police brutality. We were learning acceptance as kids and didn’t even realize it. I even use his model in a lot of my music that is based on events that occur in our reality, but most of my songs have comic, fantasy, or Sci-Fi themes.

We know that you are only gone from our reality, but never gone from existence, Stan. For me to say that you had a profound effect on my life, would be a gross understatement. This is the reason that I am addressing this letter to Above-All-Things, the One Above All, or whatever the almighty being is called these days…

This is a special plea, from all of the combined multiverses. Please ensure that Mr. Lee is recognized as the powerful cosmic entity that he is.

Second, only to you, of course.

It is because of his leadership that we were able to read the stories of events that affected Earth-1610 and Earth-616. Thanks to Mr. Lee, we learned that our multiverse is personified by a cosmic being who calls himself Eternity. While we don’t have any super-powered heroes or villains on my Earth, we still have heroes that were inspired by Mr. Lee, as well as the characters that he created and inspired. I don’t know which reality he will choose to enlighten next. But, could you ensure that he has safe passage, along with our well-wishes, on his journey? Thank You for hearing my request, mighty and powerful one.

Thank You, Stan Lee. Your legacy will live on!